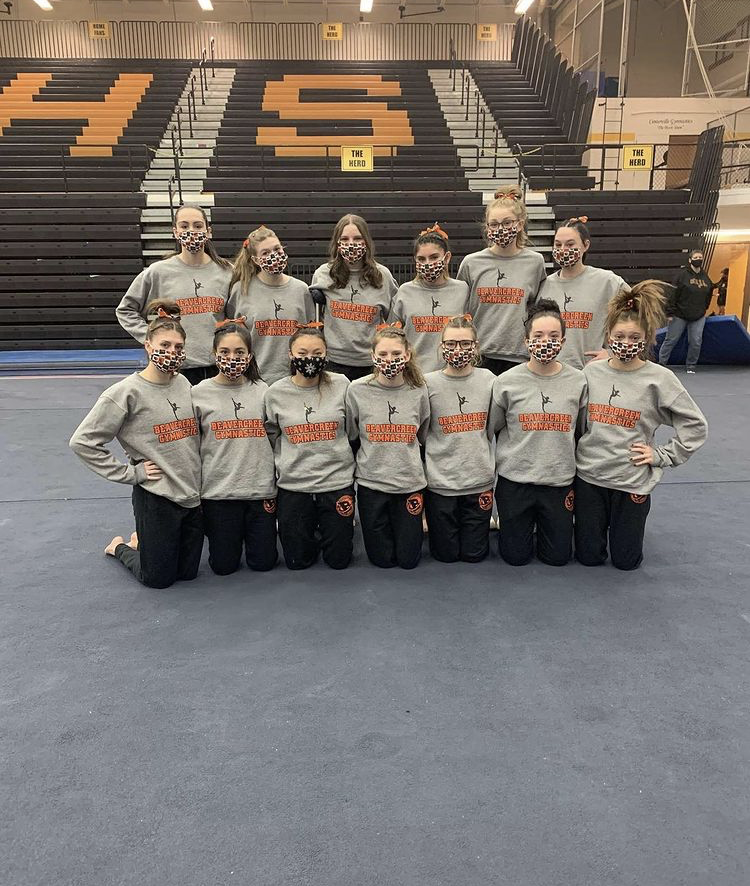 Although Beavercreek has many sports, not all of them receive an equal amount of attention. One BHS sport that does not receive as much attention is the Beavercreek girls gymnastics team.

This year the gymnastics team has many competitions during January and February. So far they have already competed several times at Oak Hills invitational, CCDS Indian Cup, Troy invitational, and Centerville Elk invitational. At the most recent Elk invitational they scored second overall with a score of 133.85.

The gymnastics team has five more meets planned for the rest of the school year along with an additional meet if they make state. Their next planned competition is on February 1st at Anderson High school. Make sure to wish the members luck the next time you see them in the hallways at school.