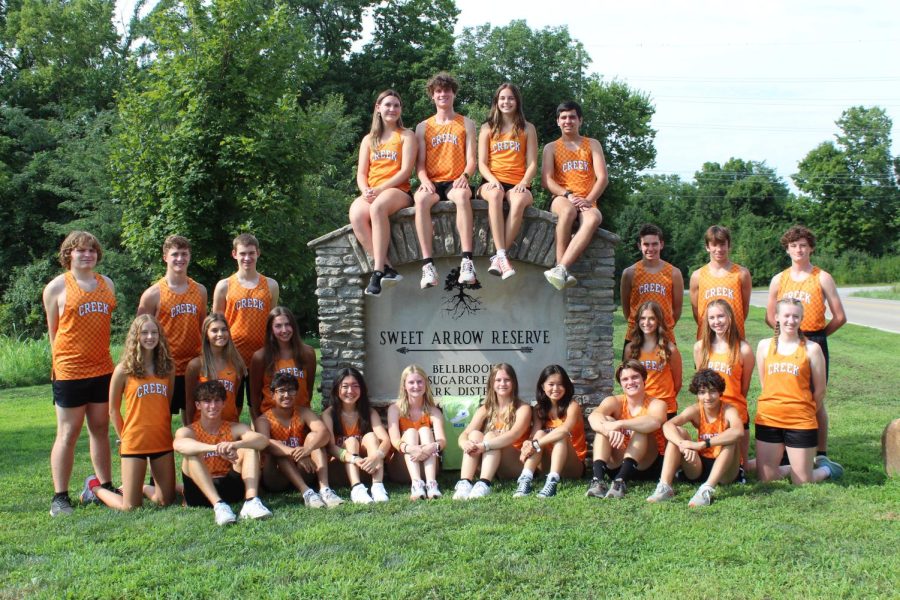 I had the occasion to go watch the Cross Country Meet at Mason on Saturday, August 27th. The boys and girls Beavercreek cross country team went head to head against other high school teams such as Mason, Moeller, Oakhills, St. Xavier, and Springboro. The junior varsity girls’ team finished 4th overall of 13 teams, with a score of 135 points. Leading the way for Beavercreek was Freshman Breonna Mosby with a time of 24:24, finishing 1st for Beavercreek and 25th overall of 262 other runners. For the JV Boys team, they finished 5th overall, with a score of 160. The first runner for Beavercreek, and went 31st overall of 377 runners was Freshman Aiden Allen, with a time of 20:03. Later in the day, The Varsity girls had an opportunity for their race. They finished in 11th place overall, and a score of 343 points. Junior Carolyn Johnson was the first girl across the line for Beavercreek and finished 61st overall of 181 girls with her time of 22:32. The final race for Beavercreek was the Varsity men’s team, finishing 18th overall, and had 473 points. With a time of 18:32, Sophomore Iain Tuinstra finished first for Beavercreek, and 90th overall. Congratulations to all of the runners who participated in the race.

Here are some photos of the runners: 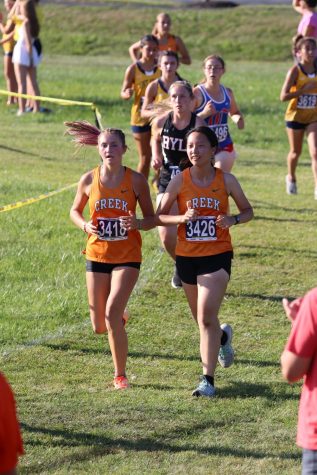 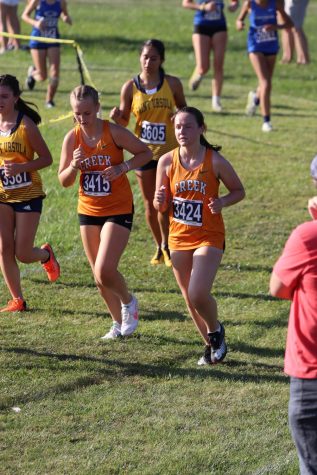 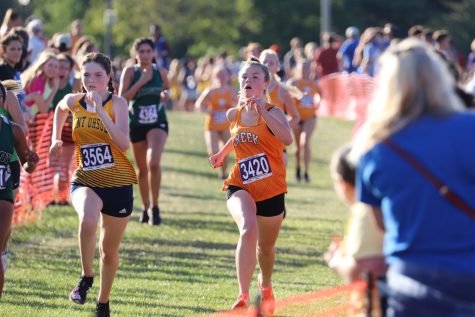 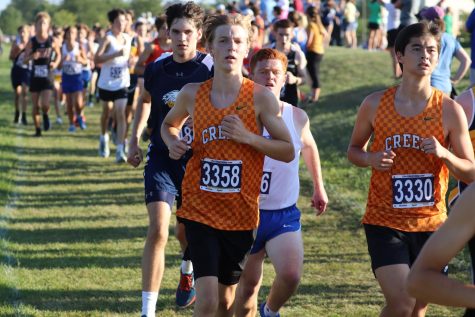 The other day while I was at home, getting ready for the day, a question came to my mind. That question was “What’s it like to actually be in Cross Country?” This led to more questions that I knew had to be answered, so I went out and met Sophomore Macie Roberts to answer these questions. My first question to her was what is it like to actually be in Cross Country. Her reply was “Out of all the sports that I’ve played, xc is probably one of the toughest mentally and physically. There is tons of training that go into it and lots of very early practices. Although the sport is demanding, it’s lots of fun.” My second question to her was how she is able to keep going during a race, even when she’s in pain. Her response was, “It’s about 80% mental and 20% physical for me during races. Negative thoughts are generally the biggest thing that slows me down, but hurting for my teammates and remembering that everyone else is in pain too is something that keeps me going.”. I asked her what the number one goal is for her Cross Country team, and she answered that their goals are “As a team, one of our goals is to get our top runners to state.” My fourth question to her was: “Is Cross Country co-ed like they say, or do the guys and girls just ignore each other altogether?” Her answer reply was “Our varsity group (Alphas and Spartans) are co-ed. It has been really fun this season getting to know some of the boys and running with them every day. We are almost completely fluid as a co-ed group and there are still some things we do as separate groups.” For my final question, I asked: “Is Cross Country a team sport or is it just a solo sport?” Her answer surprised me, as it was: “I think xc is neither just a team nor just a solo sport. Honestly, it’s a perfect mix of both. You can set personal goals while still having the team aspect and working with others in a close-knit group.” Sophomore Macie Roberts, a varsity runner for Creek Cross Country, will assist her team next week and has proven she loves every second of cross country.

The Beavercreek Cross Country team has had success upon success. They have made it to 42 GWOC/WOL, 41 districts, 8 regionals, and have been the state champions in 1996, 2018, and 2019. But as great as Beavercreek has been in cross country, you can’t win every year. There will always be that one year, but the goal after that is to bounce back and win. I asked Coach Russ what it takes for the group to be able to bounce back from rebuilding to state champions, and he told me “Our standard at CREEK XC is to be #1 in how we  ACT, TALK, LOOK, and treat our teammates.  These are all things that we have control over.   We can’t control how other teams race so we really just focus on being a champion each day. We can’t focus on the results because they are not completely under our control.” Coach Russ has been a coach for Beavercreek cross country since 2008. This will be his 15th season as head coach. His impact as a coach is an obvious reason why they succeed as much as they do.

Cross Country’s next meets are on September 10, at Seneca East High school, race times will begin at 4 p.m. Their second meet after that will be the Troy Night Race at Troy Levy. The race will be just the JV team and races start at p.m.